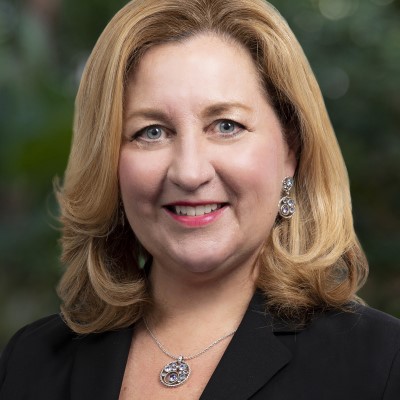 Website
Stephanie Young
President, Disney Consumer Products, Games and Publishing
The Walt Disney Company
Website
As president of Consumer Products, Games and Publishing (CPGP), Stephanie Young oversees The Walt Disney Company’s global efforts to bring its iconic characters and beloved stories to life through immersive products and experiences enjoyed by millions of fans, families, and Guests each day. Under her leadership, CPGP is responsible for creating and delivering products across a variety of channels – including shopDisney, Disney Parks, Disney store and our retail and e-commerce partners – as well as managing the world’s largest licensor spanning numerous categories. Stephanie also leads the Company’s video and mobile games business, Walt Disney Games, as well as Disney Publishing Worldwide, one of the world’s largest publishers of children’s books and magazines.

In her three decades with Disney, Stephanie has focused on enabling world-class guest experiences through operational excellence, while driving commercial strategies that produce strong financial results. She has garnered vast experience in optimizing global supply chains and the execution of merchandise-related initiatives, including pricing, inventory management, sourcing, and other strategies to enhance profitability. Throughout her career, Stephanie has also led the technology strategies and operations for Walt Disney Parks & Resorts, including spearheading breakthrough technologies like My Disney Experience.

Before joining CPGP, Stephanie served as President & Managing Director of Hong Kong Disneyland Resort, where she he helped deliver both business growth and a strong inclusive culture through every facet of the organization. Before that, Stephanie served as Senior Vice President, Operations for the Disneyland Resort, where she led the integration of all aspects of the guest experience across multiple lines of business.

A strong advocate of giving back to the community, Stephanie has served on numerous non-profit, charitable and industry groups, including the Florida Retail Federation.

Please note: Members of the media may take notes but may not record audio or video in this session.

Shopper preferences are constantly evolving - from expectations around shopping and fulfillment to personalization and DE&I initiatives. Join Kantar's Rachel Dalton and The Walt Disney Company's Stephanie Young as they explore the opportunities to better… Read more