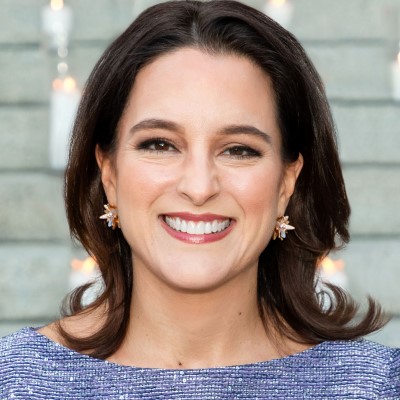 Ms. Abramo began her career at Cartier in 2008 as director of the flagship Fifth Avenue Mansion after a successful career in the luxury hospitality industry. She then served as assistant vice president of New York retail, overseeing all New York boutiques, and then as vice president of retail for all of North America. She has more than 20 years of retail, hospitality, and luxury goods experience, having held management positions with Loews Miami Beach, Ritz Carlton Hotels and Tiffany & Co.

In her current role as president and CEO, Ms. Abramo oversees the strategy and operations for Cartier North America, including 28 boutiques and nearly 150 specialty retailers. She is the first female and the first American to hold this position in North America.

Ms. Abramo serves on the board of directors of Jewelers of America and the advisory board of the Luxury Education Foundation, a public not-for-profit organization that focuses on educational programs for undergraduate and graduate students in design and business. She also serves on the board of trustees of St. Andrew’s School. She is a key advocate for the Cartier Women’s Initiative, a global initiative designed to identify, support and encourage impact-driven businesses led and owned by women entrepreneurs.

Ms. Abramo holds a BA in political science from Sewanee: The University of the South and an MBA in international luxury brand management from the prestigious ESSEC Business School.

9:15 - 9:45 AM
Keynote Session
|
SAP QualtricsXM Theatre, Level 1
Visionary voices of ambition, purpose and inclusion
​Transforming business, from the retail industry and beyond, calls for action – beyond all the talk – to unlock and drive performance and possibilities. And when it comes to leading the way, some of the biggest moves are coming from... Read more
1:30 - 2:00 PM
The FQ Lounge
|
The FQ Lounge, Expo, Level 1, back of 1100 aisle
Boardroom evolution: The push for female leadership on boards
There are a multitude of benefits to having more women on boards, from diversity of mindset to higher return on equity. In this discussion, thought leaders share the best practices for branding and positioning yourself for a board position, as well... Read more
See All Speakers