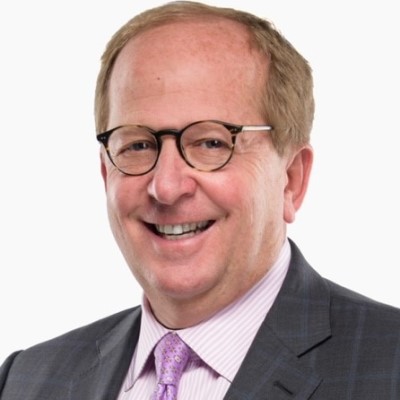 Website
LinkedIn
Matthew
Rubel
Chairman Consumer
MidOcean Partners Private Equity
www.midoceanpartners.com/
LinkedIn
Matt Rubel is a renowned retail and brand CEO, having led many successful global brands and businesses. Most recently, Rubel served as CEO, President, and Board Member of Varsity Brands, the leader in sport, spirit and achievement products which he strategically focused and integrated, while bringing it to record profits and sales. Previously, Rubel served as Chairman, Chief Executive Officer and President of Collective Brands, Inc., (NYSE: PSS) which included Payless ShoeSource, Sperry Topsider, Saucony, Stride Rite and Keds. Prior to Collective Brands, he was Chairman, Chief Executive Officer and President of Cole Haan LLC from February 1999 to July 2005, transforming the company into a global lifestyle brand celebrating American luxury while more than doubling the business. Before Cole Haan, he served as an Executive Vice President of J. Crew Group. Early in his career, he served as President of the Specialty Division of Revlon and Executive Vice President of Murjani International Ltd., where he was in charge of the Tommy Hilfiger businesses.

Mr. Rubel currently serves as Executive Chairman of MidOcean portfolio company KidKraft, is an Independent Director at Hudson’s Bay Company, Tree house Foods and The Joint Chiropractic, and became a Presidential Appointee to the House Advisory Council on Trade Policy Negotiation in 2010, a service he continues to fulfill today. Previously, Mr. Rubel served on the Board of HSNi, the holding company of HSN and Cornerstone Brands, was an Independent Director at SUPERVALU and a Board Member at ELF Cosmetics and Furniture Brands.

2:45 - 3:15 PM
Featured Session
|
Kustomer Stage, Hall E, Level 1
Uncertain times: How should retailers navigate?
As the retail industry collides with variable economic factors, the ability to manage amid disruption and tackle new challenges will separate leaders and laggards. How can businesses plan for uncertainty? Are their headwinds blowing for 2020? Join... Read more
See All Speakers