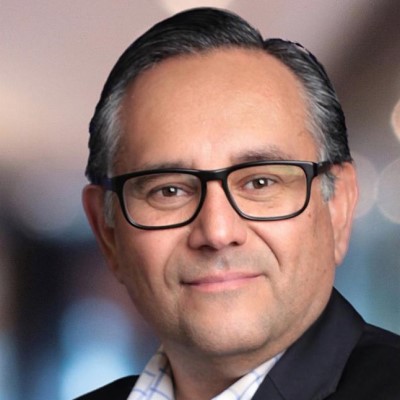 Lorenzo Soriano
SVP, Merchant Services U.S.
American Express
Lorenzo Soriano, is a dynamic leader with 30+ years of international experience, out of which 19+ years have been with American Express. For the last four years, he has led the MS - U.S. Regional Centralized Client Group, responsible for more than 90%+ of managed Merchant accounts across the U.S., deepening the Amex relationship and driving Welcomed Acceptance.

Prior to this role, Lorenzo was President of Accertify where, as the first American Express executive to lead this organization, he successfully merged the two cultures. Within his first year, he led the team to reach profitability for the first time and thereafter, achieve strong double-digit revenue growth year-over-year. While scaling the business and expanding operations in Mexico, Madrid, India and Japan, his team focused on client value and satisfaction, achieving a best class NPS score of 75. Lorenzo also played a critical role in advancing fraud management assets within Accertify and informing the strategic direction and decision for the acquisition of InAuth.

Prior to joining Amex, Lorenzo´s career included entrepreneurial and corporate experiences, living in the U.S., Guatemala, Peru and his home country of Mexico with Diners Club, Western Union, Williams Energy and Vitro Glass. Lorenzo has been awarded a GFS Star, The Chairman’s Award for Innovation, and the Presidents Club - Leadership Award three times.

Sunday
11:15 am–11:45 am
Javits North Level 4, Room 404, Twilio Stage
Beyond Bricks: How LEGO blends physical and digital experiences to create retailtainment
LEGO recently celebrated its 90th anniversary, an extraordinary achievement for a brand that remains firmly at the forefront of innovation. Martin Urrutia leads the Global Retail Experience & Innovation team out of the Headquarters in Denmark with the responsibility to develop, pilot and rollout new experiences and platforms that engage with shoppers and consumers across different touch… Read more