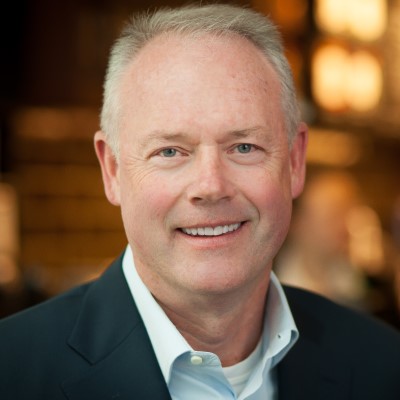 Kevin
Johnson
President and CEO
Starbucks
Kevin Johnson is president and chief executive officer for Starbucks. A passionate servant leader, he proudly carries on Starbucks legacy of human connection, driving the company’s core strategies for growth, and being of service to the more than 330,000 partners who wear the green apron around the world.

Kevin first joined the company in 2009, serving on the company’s board of directors during a period of record-setting transformation and growth. In March 2015, Kevin took on the role of president and chief operating officer, leading the company’s global operating businesses across all geographies, as well as the core support functions of Starbucks supply chain, marketing, human resources, technology and mobile and digital platforms. He assumed the role of president and ceo in April 2017, as Howard Schultz transitioned into the role of executive chairman.

His career spans more than 30 years, scaling global businesses, including 16 years at Microsoft and five years as CEO of Juniper Networks. In 2008, he was appointed to the National Security Telecommunication Advisory Committee where he served presidents George W. Bush and Barack Obama.

Kevin’s commitment to innovation and following his heart extends beyond the world of business. He was a founding board member of NPower, an organization that provides nonprofits with access to technology and the skills needed to fulfill their social missions. He is involved with Catalyst, a leading nonprofit focused on expanding opportunities for women in business. Kevin also supports Youth Eastside Services, one of the largest providers of youth and family counseling in the Seattle area. At Starbucks, Kevin is passionate about continuing to nurture what’s at the heart of the company’s success: human connection – the tens of millions of interactions large and small that happen between partners and customers every week, and make a meaningful difference in the communities around the world where Starbucks does business.

8:30 - 9:15 AM
Keynote Session
|
SAP QualtricsXM Theatre, Level 1
Nurturing humanity in modern-day retail: A conversation with Starbucks president and CEO Kevin Johnson
While the modernization of the retail industry hinges on tech savvy, the power of emotion and human connection is often overlooked as essential to long-term success. Kevin Johnson became president and CEO of Starbucks in 2017, and from day one has... Read more
See All Speakers