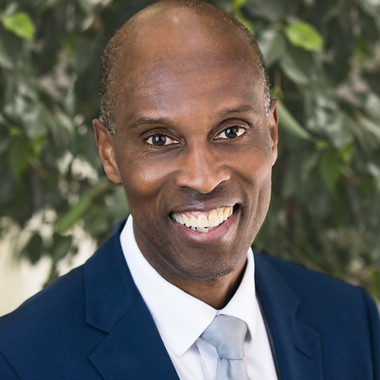 Mr. Mayes is a nationally-known speaker on diversity, equity and inclusion topics, and has frequently presented at conferences, major universities, and corporations across the U.S. He leads his company’s award-winning diversity, equity and inclusion efforts, and is a Certified Diversity Executive. He’s been named one of the Top 100 Diversity & Inclusion executives in the U.S.

Mr. Mayes began his legal career in the SF area, and later joined Safeway Inc. in 1994, where he held a number of senior leadership positions in Government Relations, Public Affairs, Sustainability, Philanthropy and Diversity & Inclusion. Safeway merged with Albertsons Companies in 2015.

Mr. Mayes is a professional musician, arranger, and band leader. He plays piano, guitar, bass, violin, drums and is a vocalist. He also is an accomplished endurance athlete, having completed Ironman triathlons, ultramarathons, and over 85 marathons. He and his wife, Varetta, reside in San Francisco.

Monday
11:30 am–12:15 pm
Special Events Hall, Level 1, The FQ Equality Lounge
The Achievable How – Implementing DE&I learnings inside your business

Understanding and fostering a more diverse workforce is the first step. The next step is learning how to nurture and eventually unlock the true potential of this invaluable asset. Substantial research reveals that diversity brings many advantages to an organization: increased profitability and creativity, stronger governance, and better problem-solving. Employees with diverse backgrounds bring… Read more