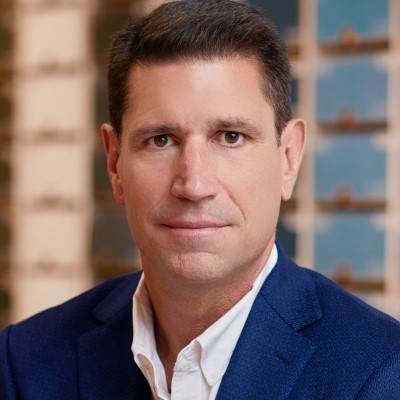 Website
Erick
Haskell
International President
Allbirds
www.allbirds.com
Erick Haskell joined Allbirds as President of International in July 2018. Erick oversees Allbirds's commercial activities outside of the US, delivering the brand's direct-to-consumer experience to customers around the world. Previously, Erick served as Managing Director of Asia Pacific for Under Armour, where he managed the company’s operations throughout Asia. Prior to joining Under Armour, Erick spent eight years at Adidas Group, where he held various roles, including Managing Director of India, and COO and CFO of Greater China. He began his Asia experience in 2005 as Executive Vice President and Chief Financial Officer for the Home World Group, a major Chinese hypermarket retailer headquartered in Tianjin. Haskell holds an MBA from the University of Chicago, an MA in International Trade and Finance from George Mason University, and a BA in International Affairs from the George Washington University.

10:30 - 11:00 AM
Featured Session
|
Shyft Stage, Level 4
Retail Innovation at “China Speed”: Alibaba and Allbirds explain
Retail innovations are happening at an unprecedented rate in China, and Alibaba Group is at the forefront of building the future infrastructure of commerce. As a result, Alibaba’s brand partners and retailers have been able to implement some... Read more
See All Speakers