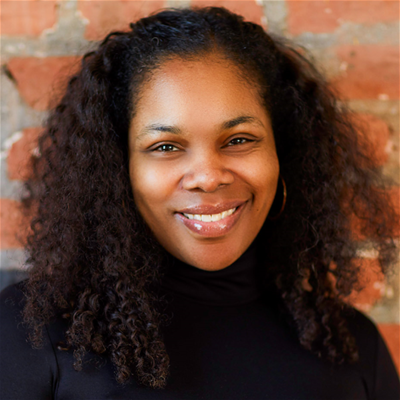 Crystal
Etienne
Founder and CEO
Ruby Love
Meet Crystal Etienne, the Black Female Founder of a $10M Company – Built In Just 4 Years Crystal Etienne, founder and CEO of Ruby Love, is making impressive strides in the female tech industry, including recently securing the fourth largest round of funding in history for a company founded by a black woman. Crystal is a wife, businesswoman, and mother to two amazing kids. Like so many of us, she juggles countless things in a single day. She’s also a woman who gets her period once a month and deals with occasional incontinence. In August 2015, after helping her daughter navigate the ups and downs of her first period and disappointed with the lack of options to provide her, Crystal decided enough was enough. As a type-A perfectionist, Crystal spent years testing hundreds of prototypes, tweaking designs, and being her own best guinea pig to perfect the exact equation of design, technology, fit, and maximum protection behind each product. She successfully bootstrapped to launch PantyProp, now known as Ruby Love, on December 5, 2015. Since its founding in 2015, Crystal increased the company’s sales from $300,000 following its first year to over $10 million in sales in its third year, with product collections now including period underwear, period kits, period swimwear, period activewear, period loungewear, double sided-pads, and incontinence boxer briefs with new product launches planned for 2020.

In her latest success, Crystal secured a $15 million deal with The Craftory as part of the brand’s Series A funding in July 2019. Crystal rebranded her company as Ruby Love on June 5, 2019. “Ruby” denotes a woman’s period, a timeless gem symbolizing health and growth, while “Love” represents the company’s commitment to continue to deliver the highest level of care. Together, Ruby Love brings to life the brand’s supportive, unifying message that periods should never stop women from doing, being and going.

1:30 - 2:00 PM
The FQ Lounge
|
The FQ Lounge, Expo, Level 1, back of 1100 aisle
The power of the pack: How female founders lift each other up
Women have traditionally been taught to be competitive with one another. The truth is that supporting one another will make us more successful. Female founders in retail share how, even in a crowded market, there is room for women to support other... Read more
See All Speakers