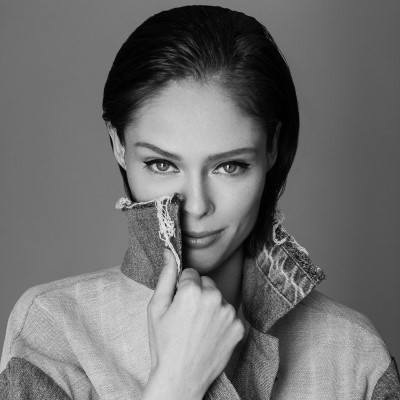 Coco
Rocha
Supermodel, Entrepreneur and Owner
NOMAD MGMT
Over the last 15 years, Coco Rocha has had a dream career in fashion. Named model of the year by both Elle Magazine and Marie Claire, she was honored as one of the top 30 models of the decade by French Vogue. Despite her many accolades, Coco has always lived by the truth that success does not need to come at the cost of sacrificing core values or individuality.

Considered the world’s first digital supermodel, Coco’s presence on social media has gained her over 17 million followers. Using her platform, Coco has claimed her voice as a force for good and was instrumental in the passage of new laws protecting underage models in New York. Fashion industry contemporaries like Tyra Banks have nicknamed Coco the “Queen Of Pose” as she is known to be one of the most technically proficient and versatile models of all time. In 2014 she wrote the book on posing when she published a 2000 page encyclopedia named “Study Of Pose”. With a passion for educating, Coco famously mentored models in the television series “The Face” alongside Naomi Campbell and in 2016 made her years of experience available to a new generation via Nomad MGMT, an agency she founded in Miami, LA and Vietnam. In 2018 she opened 'The Coco Rocha Model Camp" in New York State, offering international models a unique and hands-on education. In 2019 she was invited to teach her program at Harvard University.