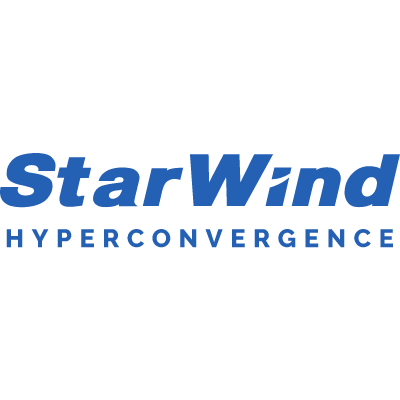 StarWind is a pioneer in storage virtualization and hyperconvergence technologies. The company is a real innovator that has been developing and integrating IT infrastructure production optimization solutions years before virtualization hit the mainstream. StarWind combined its high-profile expertise and critical thinking about customer needs, which resulted in the creation of the trailblazing StarWind Virtual SAN. StarWind VSAN is a software-defined storage solution like no other. It completely eliminates the need for physical shared storage, like SAN and NAS, and achieves high availability on commercial hardware starting with two nodes already. It’s the only virtual shared storage on the market that has no hardware compatibility lists, works with any hypervisor, and comes at a reasonable price.

Since 2003, StarWind has been the solution of choice for over 30,000 global users in more than 100 countries, from SMBs, companies with ROBO scenarios, and Edge locations, to governments, Fortune 500 and Global 2000 companies.

Get a 20% discount on the user-favorite StarWind Virtual SAN

Get a 20% discount on the user-favorite

Beverly, MA, August 12, 2021 – StarWind launches a new product that comes as a pre-configured, versatile, and ready-to-work backup solution that shrinks the backup window to unprecedented levels without any overlap or harm to other processes.

Beverly, MA, March 9, 2021 – StarWind Virtual SAN (VSAN) was the highest-ranked solution while StarWind HyperConverged Appliance made Top 3 on IT Central Station’s SDS Category list based on reviews from real users.

StarWind was named a Niche Player by Gartner in its 2018 Magic Quadrant for Hyperconverged Infrastructure for its completeness of vision and ability to execute. StarWind believes this recognition to be a result of putting a lot of effort into developing flexible and high-performance hyperconverged solutions tailored to satisfy their customers’ evolving expectations for IT environments. StarWind’s HCI offering includes StarWind HyperConverged Appliance (HCA), StarWind Virtual SAN (VSAN), and StarWind Virtual Tape Library (VTL).

StarWind Virtual SAN (VSAN) is a software that eliminates any need for physical shared storage by simply "mirroring" internal hard disks and flash between hypervisor servers.

For Enterprise ROBO, SMB & Edge looking to transform their standalone hypervisor server or groups/clusters of servers into shared storage without buying any expensive proprietary components — we offer StarWind SAN & NAS.

For organisations looking to free themselves from the old concepts of RTPO and achieve unprecedented backup and recovery speed, StarWind introduces Backup Appliance.